She Believed She Couldn’t and God Did 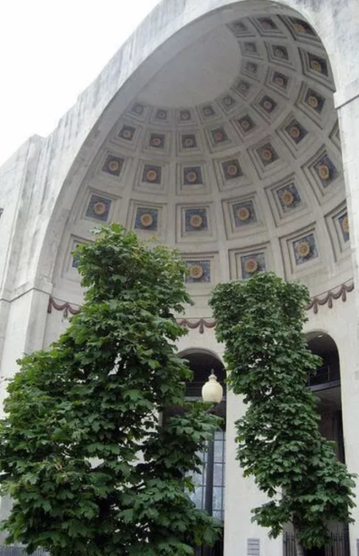 It’s been a while. Like ~20 days~ a while, but also like ~five years~ a while.  Today marked my last day as an undergraduate student at The Ohio State University.

While it has been an amazing five years of college, it has also been some of the hardest.  I struggled with trying to prove myself in areas I shouldn’t have, finding my worth in other people, and depending on my performance in order to define me.  And let me tell you, it hasn’t gone away!

As the years flew by, the mind-blowing awe of my God has astounded me in ways I can hardly imagine.  For example, my nerves about my last exam were starting to get to me because my class and the grading itself can be quite challenging.  Everything seemed out of my control, and that worried me.

BUT. GOD.  I love that phrase so much!  It signifies no matter what we do or the choices we make, God is always pursuing us.  He wants what’s best for us, and sometimes that can be a failing grade.  Sometimes that can be the highest grade in the class!  I don’t know, but all I can comprehend is in those moments He is teaching and molding me into precisely who I am meant to be.

I feel like God has a really good sense of humor.  There are verses in the Bible like Job 40:8-9, James 2:18-19, and 1 Kings 18:26-27 where God, the apostle James, and Elijah all address issues laid in front of them.  I think it’s great that God chose to showcase these emotions in the Bible because He wanted to show us that emotions are part of who we are.  Just the other day I was encouraging a friend of mine who felt guilty about her emotions, but it can be easy to forget that how we feel is a reflection of God’s character in the sense that He Himself has feels things!  He gets angry, experiences joy, becomes sad, and gets jealous.  He vies for our attention second after second, day after day, week after week, and year after year.  I would get a little emotional too if I was trying to snatch someone’s attention consistently and for that long!

I feel blessed that today I got to see a slice of God’s love for me and His sarcastic joking in my life.  Because I had been worried about this final exam for months, I decided to go overkill and cram for four days straight.  Before my exam even began I was driving to campus and the best songs came up on the radio; the last one to play was titled I Won’t Let You Go by Switchfoot.  Naturally, I had it stuck in my head, but it caught my attention because it was a promise God was making to me in order to calm me down:  I won’t let you go.  Trust me, I have a hold of your future and nothing can stand between that. Go in with confidence. You have worked hard and I have brought you here for a reason. You are my child and can do anything through my strength. Now live like you believe it!

As I began taking the exam, I could feel The Lord reminding me He would never let go.  I could feel Him smile down at me and chuckling as I left with more confidence than I had felt in a long time in an engineering class.  The first song that played when I was driving home was I Have This Hope by Tenth Avenue North. The lyrics hit me like a ton of bricks and right then and there I knew I had finished engineering school.

It has taken me a really long time for it to finally sink in, but it has.  After all of the pain of people telling me I would never amount to anything, that I was stupid and wasn’t expected to succeed after high school, and the surprised look my elementary school teachers would give me when I told them I was going to be an engineer, it was worth it.  All the hard work, tears, frustration, countless hours in the lab, the unfair disadvantage (or even advantage) because I was a woman in engineering, ALL OF THAT, it’s over.

After all the years of not believing in myself, I can finally see just how much my Father must have believed in me.